Most of Custer Products’ wide array of high-performance lights utilize light-emitting diodes (LEDs) to achieve bright beam patterns, while keeping energy usage to a minimum. LED has been around for decades, offering state-of-the-art technology for today’s high power lamps.

What is an LED? It’s a two-lead semiconductor light source–when voltage is applied to the leads, electrons release energy in the form of photons, creating light. The effect is called electroluminescence, with the color of the light corresponding to the energy of the photon. LED’s are normally small, (less than 1mm) and integrated optics area used to aim the light in a particular-direction, to create spot and/or flood patterns.

LED’s were first used as practical electronic components in 1962, with the earliest LEDs emitting low intensity infrared light. The first visible light LEDs were low intensity and limited to the color red, and used with such products as calculators and digital clocks. However, today’s LEDs can now be manufactured to shine in infrared, ultraviolet, and in all the colors of the visible spectrum.

Up until recently, LEDs were too expensive to use for most lighting applications because they’re built around advanced semiconductor material. The price of semiconductor devices has plummeted since the year 2000, however, making LEDs a more viable lighting solution, and transforming the lighting industry.

Technological advancements have now enabled LEDs to produce greater amounts of light. Per-watt, LEDs have a higher luminous efficacy (how efficiently electricity is converted to visible light) as compared to  incandescent lights – for example, a typical LED bulb produces 80-130 lumens per watt in contrast to an incandescent bulb’s 17 lumens per watt. LEDs also compare favorably against Xenon HID light sources, which typically range 60-100 lumens per watt. LEDs not only provide more usable light than traditional lighting sources, their unidirectional light output often removes the need for inefficient reflectors. Additionally, for automotive applications, the color of the light can be engineered to be much closer to that of natural light, which makes driving at night less of an eye strain.

The great efficiency of LEDs allows a much higher percentage of electrical power to go directly to generating light, reducing electricity demands and reducing the draw on vehicle charging systems in comparison to incandescent, halogen and HID lighting systems. The benefit of this reduced draw allows for an increase the number of lights that can be installed on the vehicle.

While LED lighting systems are often initially more expensive than halogen, or HID systems, their longevity offsets this cost.  Consider that the typical LED can last 30,000 to 100,00 hours. An average halogen bulb needs to be replaced after 1,000 hours, and an HID bulb after 1,000 to 5,000 hours. With LEDs, bulb replacement costs are virtually negated. Additionally, their small plastic bulb makes them very durable, and being solid state means no filaments, so units LEDs are immune from shock and vibration.

Their compact size allows LEDs to be packaged into small lamp housings. In the case of Custer Product’s lamps, benefits include light weight, and mounting location versatility.  Additionally, the small frontal area of the lamps decreases wind resistance, which can improve fuel economy. 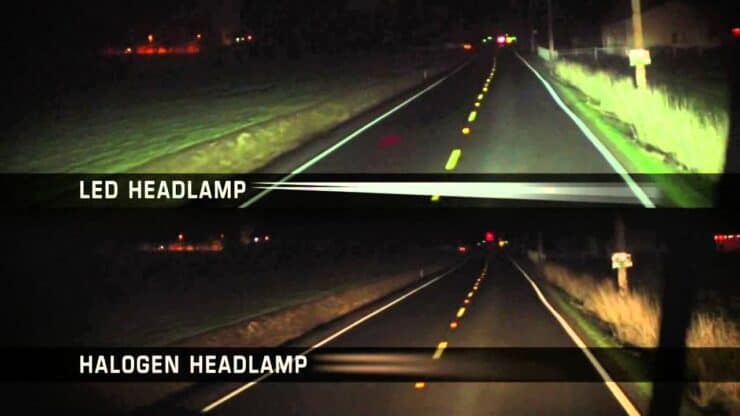 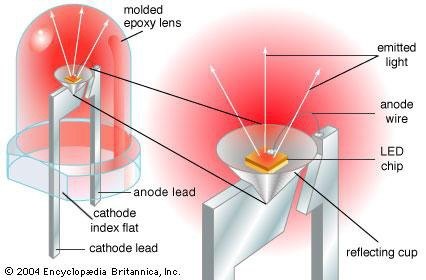